People's Choice Kitchen is now open at the former Holley's and originally Louie's Sweet Shoppe at the corner of Brooks and Thurston. Van combines a mix of Jamaica and Georgia cooking so there's a southern flair. Van has been in business for 14 years, starting out at 507 Chili Avenue across from the bank by Thurston. Then she moved to the former Turn-in-Tavern at 651 Chili Avenue just down the road. Now she is here at 575 Brooks. This is the capital for jerk chicken in Rochester! The savory meat melts off the bone, and has been Van’s claim to fame since she first opened in 2001. People’s Choice Kitchen offers a variety of Caribbean-style foods. Many traditional, some unique. Turkey now available as well, and wraps are popular, big enough to wrap your hand around. 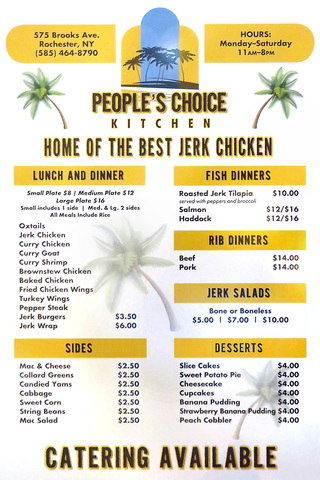 John and I both had the small plate of jerk chicken, including rice with beans, an optional savory sauce, and some cabbage. I had enough left for lunch the next day. (John ate all of his!) 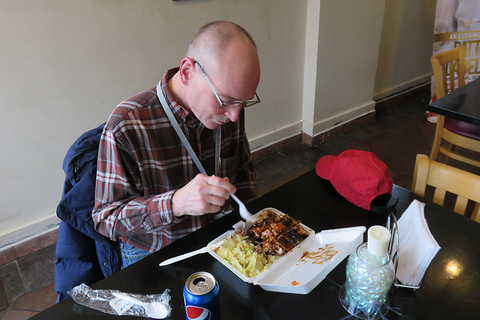 Van is also involved in catering, especially with musicians coming to town, as evident by the photos surrounding the walls of her place. A native of Bainbridge, Georgia, Van is a grad of East High and attended Bryant and Stratton and RBI, majoring in business. A huge achievement has been as organizer of “Sisters Giving Smiles,” with several hair care salons and spas, to give women living in domestic violence a “day of beauty” for Women’s Place and Liberty Manor Shelters, in honor of her sister. 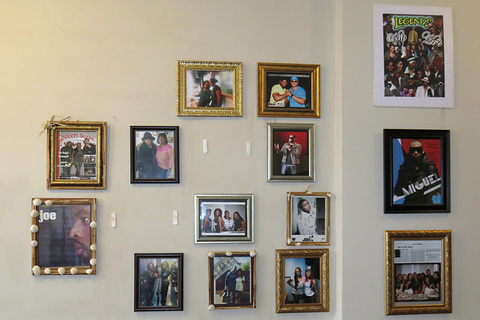 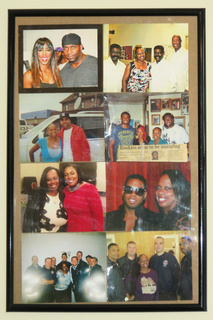 Asked about her move, Van said she loves the 19th Ward, and this was a great opportunity to take over a great location. “It is an honor to follow here,” she said. There is a huge menu --- do visit, and you will be pleased. 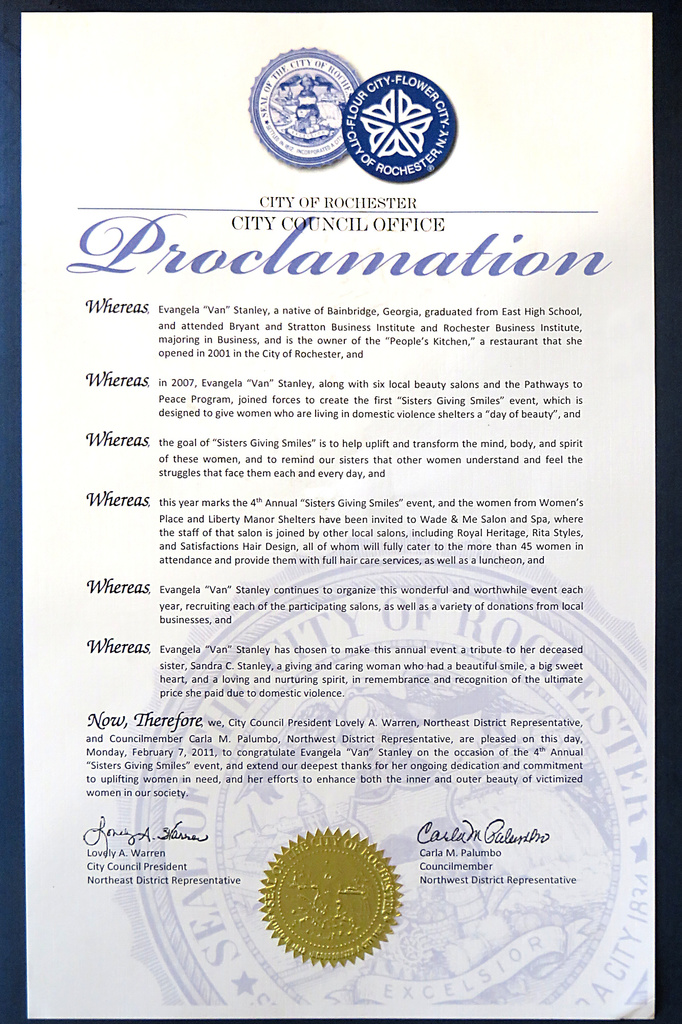