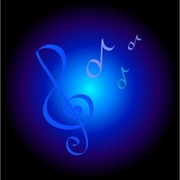 This is a group for our SW music lovers. Share with us your most recent or past music experiences. Who are your favorite groups or artists, we would like to know. As fans we need a place to share our thoughts about the music we love. Why not do it here.

Discovering new talent is often a daunting task; however, when the formula is complete, all parts, synergetic, the sky is the limit. Bulgarian native Svet was a Classical- trained violinist; conversely as soon as he discovered the fascinating world of hip hop, he began doing something extraordinary. His combination of his classical skills combined with elements of hip-hop, pop, house and reggaeton, fused an incredible sound, allowing him to move with ease throughout the industry without any limits. He has performed with many of the brightest stars in the business such as; Tpain, Trina, Trick Daddy and is swiftly on his way to defining himself as the next sound of tomorrow.

Svet was born on September 3rd 1986 in Eastern Europe and at the age of only three, he displayed his unique talent on the Violin. Through dedication, determination and discipline, his early compositions on piano and violin won him a scholarship to the legendary Eastman School of Music. As a violinist, singer and music producer, Svet is now one of the few if not the only one in the industry with such horizon. “I love the fact that I can elevate music to the next level. It gives me a great feeling watching people enjoying and dancing to my music”.

At the age of 24, Svet has been featured on networks such as ABC, BET and MTV and is now on his collaborative journey with other artists. He was featured on 106&Park 2009 as he performed for superstars Jamie Foxx and Kanya West. In May of 2011 he was nominated by the biggest hip hop website in the world Worldstarhiphop.com as “Talent of the week” and his video received over 100,000 views in just over a week. Through his concert gigs and recordings he continues to attract the ears of many generations.

Red Carpet Sundays at Club R.O.A.R. was introduced as a business networking event that is designed to help small businesses more known in the community. Nonetheless there is now an entertainment…Continue

You need to be a member of SW Music Lovers to add comments! To the young lady who thanked me for this group.. The credit goes to Mr. John Boutet for his awareness of music lovers..Nonetheless I deleted your post by accident so if you just so happen to look at this comment I would like to thank you and everyone for joining the group..Music make the world go round especially some good Jazz :-)

tickets can be purchased online at http://www.jazzatthemag.eventbrite.com

For you Jazz lovers Four80East will be performing at the Water Street Music Hall Thursday, March 8th. Visit brownpapertickets.com for more info. They put on a great show and visit Rochester at least once a year to perform for their devoted fans here!

The Dillard University Concert Choir is performing in Rochester on Thursday, March 15, 2012 at Asbury First United Methodist Church on East Ave. Doors open at 6pm concert starts at 6:30. The historically black college suffered losses in excess of $400 million when it was hit by Hurricane Katrina in 2005. Since then it has fought to rebuild and continue its mission of educational excellence and in 2010 earned a top 10 ranking in the US News & World Report among historically black colleges and universities. To get advance tickets at $15 each please call 482-0455, 957-5719, 507-1245, 360-3912 or 247-1408 or pay $20 at the door.