Owners:  Joe and Kim Cutaia.  In business for 40 years, started by Joe’s father.

Comments: A long-time fixture in the 19thWard, known by local and some not-so- local for their meat, as they are the only butcher left in this part of the city.  They pride themselves on customer service, and the well-kept store is worth a visit. Good selection of groceries, including some produce staples.  Have had parking lot off Salina St. for six years. Bonnie noted business has been very steady except for about a year apiece, when Tops moved in and when Skips was on Thurston.  It was impressive that people came in and meat had been cut specifically for them, and a customer was putting in an order for a whole lamb for Easter. Currently they have 13 employees, 90% from the neighborhood.  As some moved on, their children worked in the store. Kim said one girl put herself through college working there, and is now a RN.  Cutaia’s has also donated hot dogs for neighborhood events. As we were about to go in Kim Cutaia was just walking out of the store. She was glad to see PAC-TACers coming her way so she stopped to talk with us and Mark was able to get a lot of details about Cutaia's history. 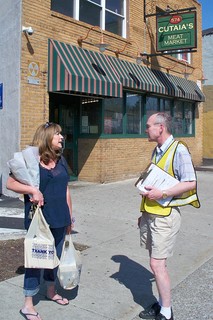 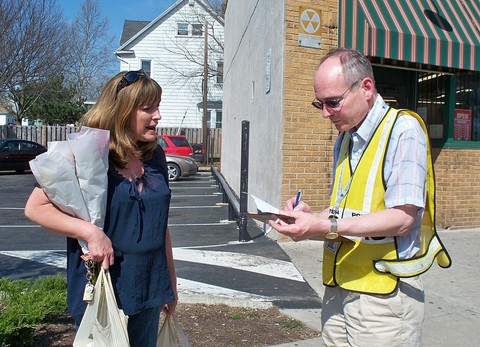 After talking with Kim we went in to look at the store. This is by no means just a meat market, but it is also a well stocked grocery store. The picture below shows the layout of the store and is looking from the rear northwest corner of the store showing a panorama of the grocery section. Cutaia has some of the best meats in town. If you look again at the store panorama above you will see that along the east wall (far side center left) are the spice shelves and 10 freezers and coolers that are shown in more detail in the two pictures below. 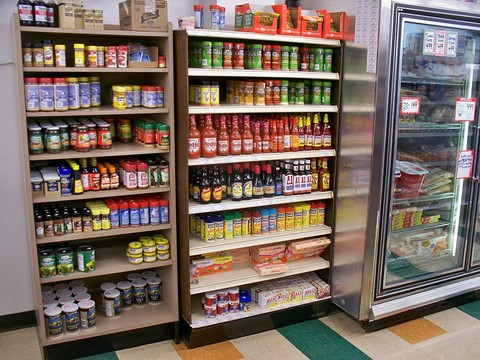 Along the front windows are six coolers. Three of them are stocked with fresh produce, as can be seen below. Continuing around the periphery of the store, on the west wall are nine large coolers that are stocked with soda, beer and cheeses, hotdogs and cold-cuts.

This brings us back to the meat counter where Mark is checking his notes.  In the background is Bonnie Cutaia who is taking care of a customer. 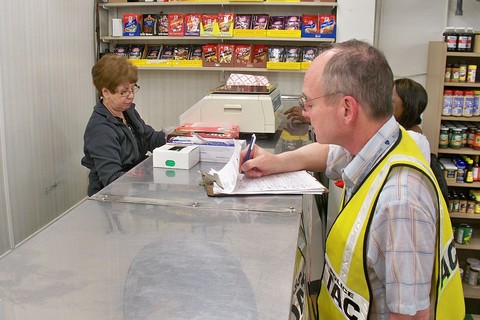 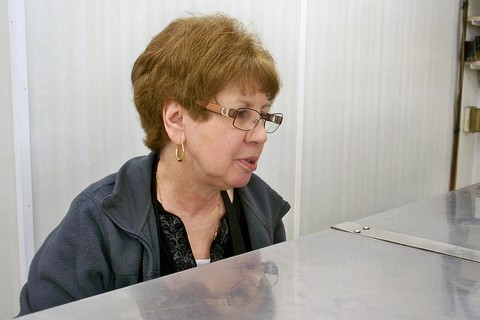 Bonnie and her husband started this store 40 years ago and she still is in the store daily, doing bookkeeping, personnel, and helping behind the counter. Now it is her son Joe, on right, who has taken over from his father and keeps this wonderful store going with his family and excellent staff.

Cutaia's Meat Market is a jewel in SW Rochester.  Keep up the good work and thanks for being here.

Cutaia's has closed in the 19th Ward and moved to