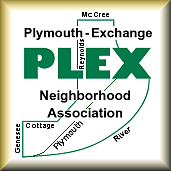 An online gathering place and news source for members of the PLEX community.

This group does not have any discussions yet.

You need to be a member of Plymouth-Exchange Neighborhood Association to add comments! 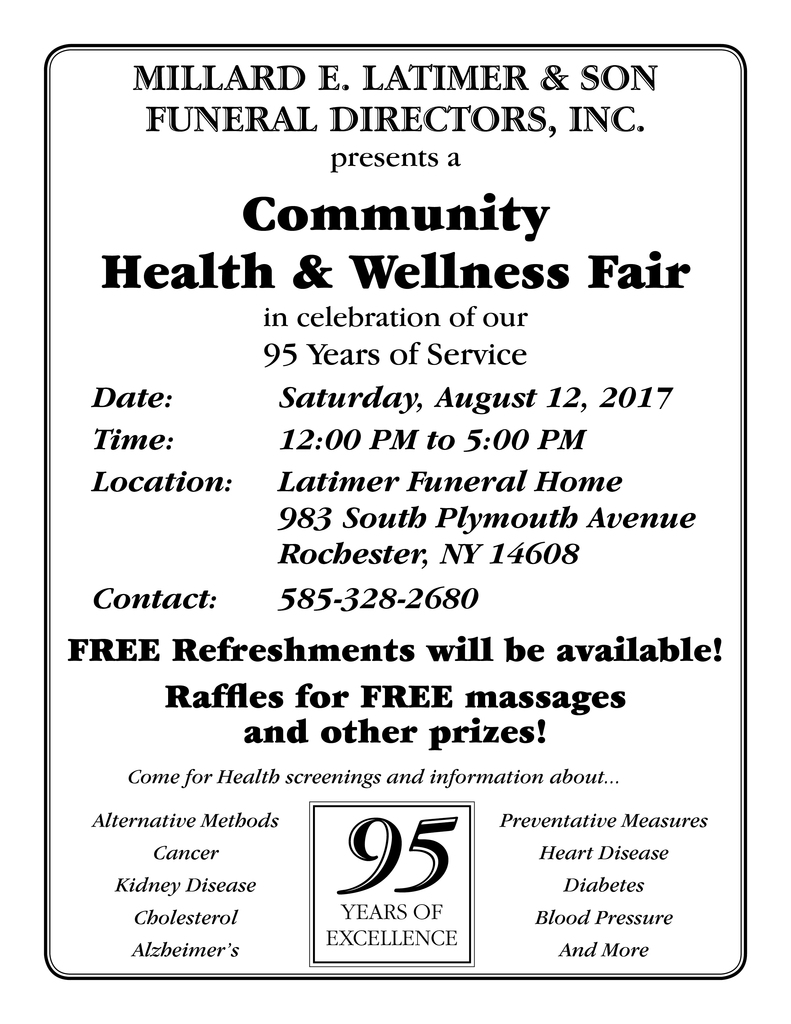 I just created an event, for a health & wellness fair that we are having at Millard E. Latimer & Son Funeral Home at 983 South Plymouth Avenue on August 12th. We are still looking for wellness related businesses or organizations that would like to participate. I would any assistance in getting the word out about this event. Please call 585-328-2680 or I can be reached directly at 585-317-7003 if you have any questions or want to participate in this event. THANK YOU!!!

I would like to see all the minutes of the PLEX meetings posted for residents to see!

I attended River Romance 2014 and recorded the event on this video:  http://youtu.be/dyOdvcbu8Fg On May 31, 2014 a "Re-Generation" event was held in PLEX to start the decoration of the Foodlink building on Exchange Blvd! There was good coverage of the River Romance event in the D&C: http://www.democratandchronicle.com/story/news/local/2013/10/05/his...

->There will be sounds of cannon-firing heard around 3:00-3:30pm as part of the military drill sequence. 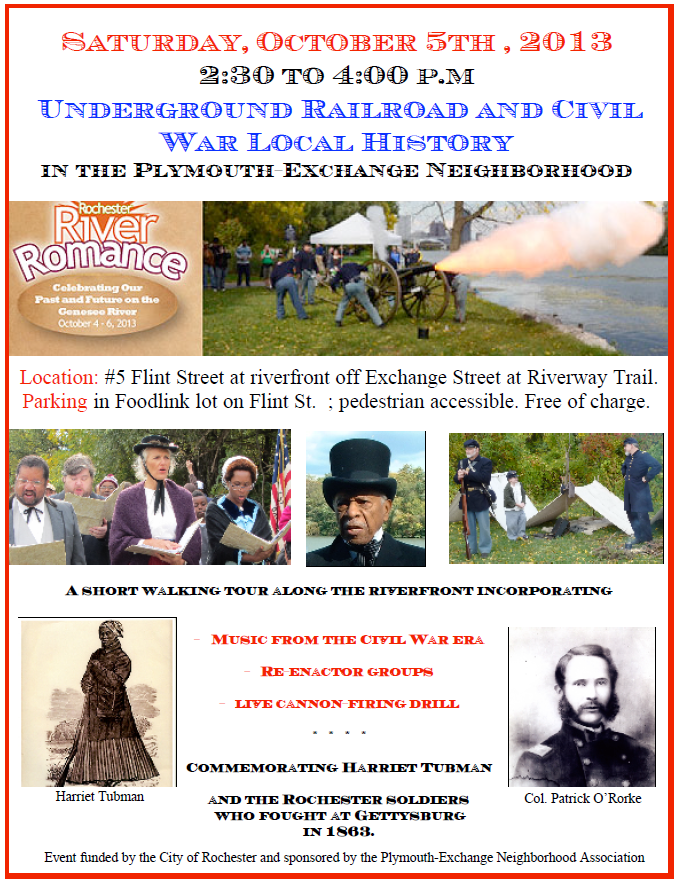 The Plymouth-Exchange Neighborhood Association continues its sesquicentennial celebration of Rochester’s Civil War heritage with a River Romance Weekend commemorative event. On Saturday afternoon, October 5th, from 2:30pm until 4:00pm, the riverfront near Flint and Exchange Streets comes alive with the sights and sounds of Rochester’s role leading up to and including the 1863 Battle of Gettysburg.

Music from the Abolition and Civil War era sung a capella by the group Coreopia sets the tone for the afternoon’s historical segments. Rochester City Historian Christine Ridarsky guides the audience along a short stretch of the Riverway Trail to locations where re-enactors tell their stories.  Costumed members from AKWAABA: The Heritage Associates recreate a scene from the Abolition period featuring freedom-seekers escaping from slavery. They await the presence of Underground Railroad conductor Harriet Tubman who will guide them along the next stage of their journey. Reenactors from the 140th New York Volunteer Infantry regiment relate their experiences over the past year when they left Rochester in September 1862. Historian Brian Bennett recounts the heroism at Gettysburg in July 1863 of the soldiers who trained at Camp Fitz-John Porter. These soldiers trained at the actual locale along the Genesee River where the commemorative event takes place. Dr. David Anderson provides additional details of the contributions of Harriet Tubman. The event concludes with a live cannon-firing demonstration by Reynolds’ Battery re-enactors.

The event begins at 2:30pm and is free to the public. Parking is available in the Foodlink lot on Flint Street off Exchange Street near the river. Funding for this year’s event is made possible by the City of Rochester with technical assistance from Sector 4 CDC and the Office of the City Historian.

I'm attaching the powerpoint presentation from the 9/10/13 update meeting for those who were unable to attend (or anyone who wants to know the status).

Also, check out the City News article on the same topic at PLEX Progress!