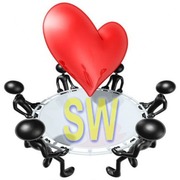 A product of the Neighborhood Consortium for Youth Justice, Safety Nets are a collaboration of agencies and organizations partnering to help detached youth and families throughout the city of Rochester.

Detached youth are effectively and strategically connected with collaboratively-linked neighborhood resources that support their positive development, health, and well-being.

Please respond to this discussion with contact information for furniture resources.  Thanks!Continue

You need to be a member of SW Safety Net to add comments!

Resource can depend on how low the income and the circumstances.

If the family recieves DHS they can get a furniture referral to Hope Intiatives(585-697-0407)
Also Asbury Church on East Avenue (585-473-0950) takes referrals from social agencies, churches, and health care providers for families, but they provide smaller household items, dishes, towels, linens etc...

The best way to get free furniture is to check out Craigs List (Rochester.craigslist.org) under the For Sale header, click on Free and they always have free furniture! Families can also post what they need. I've used all these for families and sometimes a combination of all three to get a family situated. I hope this helps!
Beatriz

Officer Travato gave a brief overview of procedure with Juveniles and interaction with the police. The juvenile contact form was discussed.

Gang Database was discussed. Sandy Migliorr asked about gang affilitions- and how does someone make the gang affiliation list?  Officer Travato said 3 things: Admitting, documentation (flagging) associated with known members of a gang (having been FIF’d previously).

Officer Joe dealt mostly in the Sector 4 area or what was the Genesee Section at one time. He dealt mostly with Sex Offenders and Drug Houses. He added that he would talk to his collegues about their concerns with youth in the area.

Mike Brooks stressed the importance of not giving out too much information (e.g., Do not put in specific information in the form of an e-mail).

There was a discussion about the New York Works orientation.  Some of the members were concerned about the facilitator. Need to get clarification on what RochesterWorks does and how that relates to what others provide.

Questions to be addressed:

Tim said he would contact John Premo and ask for the information.