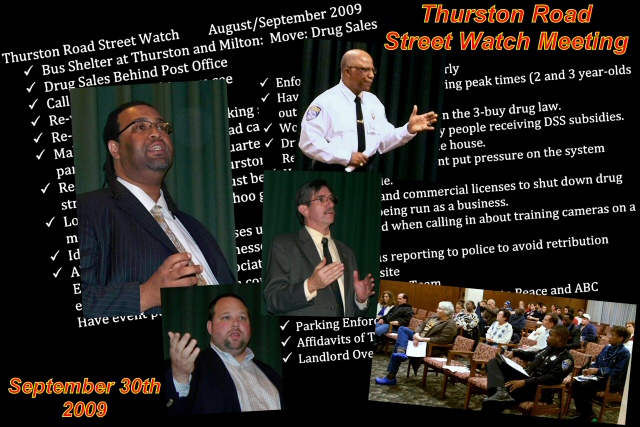 Here is a message I received from Ashley Cortese (thurstonrd.streetwatch@yahoo.com)

As part of Councilman Adam McFadden's Thurston Road Street Watch program, Lt. Joe Morabito of the Rochester Police Department will be conducting a workshop on how to identify and close down drug houses. The workshop will take place this Wednesday, October 28th at 7 PM at The Rochester Presbyterian Home, 256 Thurston Road. All are welcome to attend this unique program.

Permalink Reply by Margy Meath on October 24, 2009 at 2:18pm
THanks for sharing Shawn- Are other people receiving emails about this meeting??? (I know that I have given my address twice and have not received any notifications).

Adam, if you're following this thread can you please comment about what mechanisms are in place (or will be in place) for reporting various activities and (more importantly!) for receiving information back re: the status of various initiatives?

I, for one, am sick of going to meetings, 'reporting things', 'calling NSC' and every other single thing that we're asked to do and NOT getting a response and NOT seeing things happen. We need more ACTION, not meetings!

Permalink Reply by Shawn on October 26, 2009 at 5:01pm
I just came across a great article, in the Minority Reporter from Oct 9th, about the Thurston Road Street Watch program. It's also captures a snap shot of the state of Thurston Road today, with reactions and views from folks who live, and work there. A must read.

Permalink Reply by Shawn on October 29, 2009 at 6:35pm
Below you will find links to the Drug House Tracking Sheets that Kris made up, to easily write down everything the police are looking for. I have uploaded a Word file and a PDF file. I also added a new tab at the top of the site called Drug Reporting, that will bring you to this page.
-Shawn 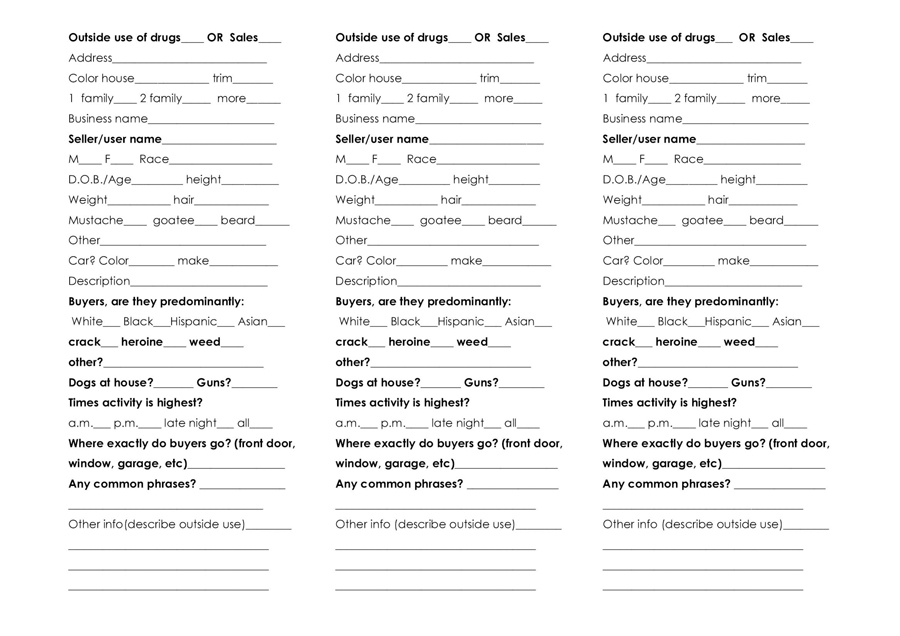 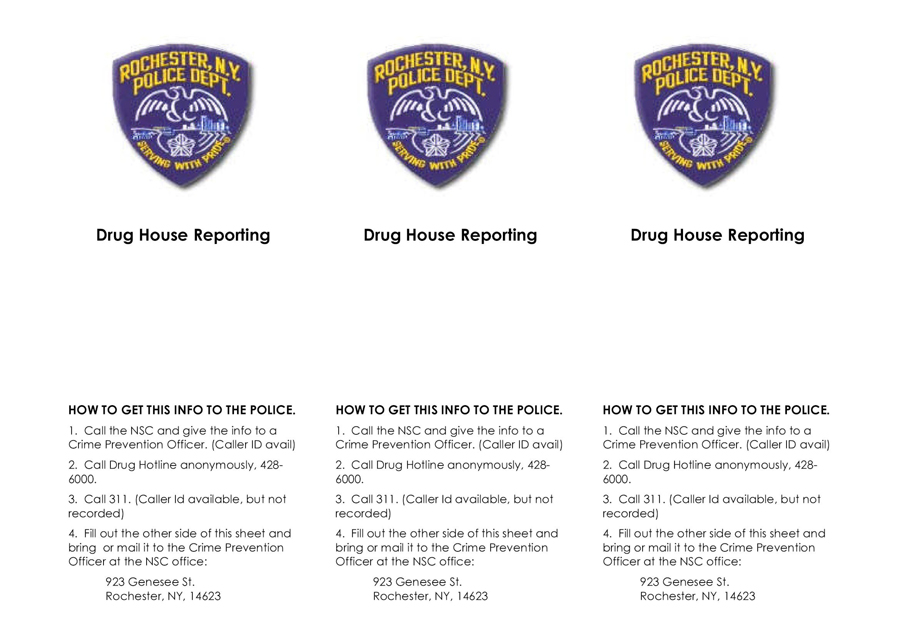