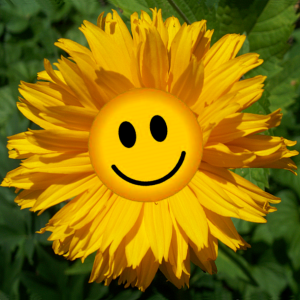 We meet every LAST Wednesday of the month at 6:30 PM at The Rochester Presbyterian Home at 256 Thurston Road.  The meeting is immediately followed by Councilman McFadden's Thurston Road Street Watch.

The Committee Meeting minutes and notes will be posted as Discussions in the Forum below and links to them will be put in reverse chronological order in the Meeting Minutes page in the Pages Box to the right.

Here is a map of the SW Quadrant, RPD Sections & RPD Beats.

National Night Out video, this year and past

Minutes were taken by Greta Mosley of the 19WCA. Minutes were to be posted on the old 19wca.org after approval but there were problems with the website and the Association is slowly repopulating their new website.  I'm posting them here for your…Continue

You need to be a member of 19th Ward Public Safety Committee to add comments!

Updated: Friday, November 7 2014, 06:50 PM EST Rochester, N.Y. - Police Officer Daryl Pierson and his partner Officer Michael Dipaola are honored for their courage. They both received the Human Service Worker Courage Award at the 10th Annual Human Service Worker of the Year Awards Luncheon sponsored by the Federation of Social Workers. Pierson and Dipaola were called the best of the best at the luncheon. But in his address, Rochester Police Locust Club President Mike Mazzeo said the two would both say they were the same as all the rest. "I am incredibly proud of him," said Amy Pierson about her late husband Officer Daryl Pierson. "He was a hero not just in his death but in his life how he was on the force and also at home, he was just consistent. He was strong and genuine so I am extremely proud to be here in his behalf." Pierson also said it meant a lot to her to sit by Officer Dipaola during Friday's ceremony. "I've had the opportunity to get close to him and his wife through all this," she said, "they are all heart and they have really come together, supporting each other." Pierson explained it's empowering for her to have a voice after everything she's been through rather than be a silent victim.

Note that there is a 7:00pm meeting Tonight January 28th at the Presbyterian Home, 256 Thurston Road, called by the 19WCA.  District Attorney Sandra Doorley would like to meet with the residents of the 19th Ward to discuss crime in the area.

Regarding the report that two young men on bicycles were suspected of checking cars in driveways on Marlborough Road, the owners of the car in the (now deleted) photo say that the pair were in fact considering buying the car and had come back for a second look.

This is nonetheless an ongoing problem in the neighborhood, so keep your eyes open and call 911 with any suspicious activity.  It's best to have the police check it out.

Here is a link to a D&C article about perceptions of crime in the City and a new crime tracking tool:

Here are some notes that I took at the Public Safety Meeting of April 24, 2013, 6:30 PM, at the Rochester Presbyterian Home:

Page down – it’s a long document.

The City attempts to “do the right thing” for all parties involved in a nuisance prosecution, weighing the need for maintaining viable housing and businesses against the effects they have on the surrounding community and the individual circumstances of the property owner.  Once a case reaches the attorney’s desk, the time frame for resolution can be immediate, in the case of a property presenting imminent danger to the public, or 6-9 months or more depending on its complexity.   Some examples:

If a property is empty because the owner(s) has died, very often the City is unable to take any action against the estate until and unless they are ready to sell the property. Cases where there are multiple survivors who do not agree on the disposition of the property are especially difficult.

Foreclosed properties are written off by banks, but they do not routinely remove the liens against them.  The City can put pressure on the banks to remove the liens so that the properties can then be sold to potential homeowners or investors.  Ms. Nichols will provide David Hawkes with a document that elaborates on the legal concepts of “abandoned” and “vacant.”

There was a discussion about requesting a representative of DSS to come and address the group about rules and regulations regarding their clients.  David Hawkes will provide John Borek with a current list of County employees for contact purposes.

You dont want to miss this one time performance by Stphane Wrembel and his quartet at the Memorial Art Gallery. Tickets are on sale now at:

Have you joined the Barton Street Block Club and been in touch with Jesse Knoth?    I would also suggest getting in touch with the Crime Prevention Officers in the NSC office. You can find all their contact info at this Public Safety sub-tab  SW NSC/CPOs/PAC-TAC.  You can also meet them at the PCIC meetings which are the 2nd Wednesday of each month from  7pm to 8:30pm at the Staybridge Suites,  or at the  19th Ward Public Safety Committee meeting which is the last Wednesday of the month ad the Rochester Presbyterian Home at 6:30pm ,  The next Public Safety Meeting is September 28th and the next PCIC meeting is October 12th.

First welcome to the neighborhood. Second sorry about your bike. Third thanks for posting. There is a lot going on in the neighborhood to address crime and other related issues.  There are two facebook groups that you should consider joining, if your on facebook. The first is the 19th ward crime alert page.  The second is the 19th ward and southwest rochester good things are happening here page.   I will post a longer comment later today in response to your its so sad post.

Comment by Gone on September 20, 2011 at 3:13pm
Although I won't be able to attend the meeting this month, I'd like to share a few brief issues with the group.  While living on Barton street for just the past three months, someone came and stole my bike off of our front porch.  The bike was LOCKED to the porch so someone had to have had some bolt cutters.  The day it was taken there was only a 20 minute timeframe in which someone wasn't home.  It bothers me because SOMEONE in my neighborhood has to have seen something and yet no one reported it to the police at the time.  Since then, I'm finding chicken bones that don't belong to anyone in my household strewn all over our porch steps.  The bike has been reported, is on the national bike registry and the serial number is with the police.  I saw it today and reported with the police on the suspect.  If there is a neighborhood watch in effect in my area of the ward, I'd like to know who's in charge.  I'd also like to see some more active recruiting of those on my block so that when things like this happen it's reported.  The event happened between 4:10pm and 4:30pm so it was in broad daylight and I feel incidents like this can be easily prevented with an increase in diligence amongst community members.  It's a shame what I'm watching happening around me and I haven't even lived here that long.  Let's work together to keep vandals and thieves out of our homes and off our streets!