Be sure to check out what other groups are doing.

If you check out what the various groups on location19 are doing, you may find that some have common goals with your own.

Location19 currently has 47 groups.  Only 20 of them show on the column to the right but 27 have scrolled off the bottom of that listing as new groups get added to the top of the list.  To see all the groups go to the Connect tab above.  When the cursor hovers over Connect you will get a drop-down menu of options.  The top…

We had an unexpected guest for dinner last Friday.  His dinner, not ours!   He spent about half an hour by the bird feeder.  Never before seen a turkey in the yard on Enterprise St. 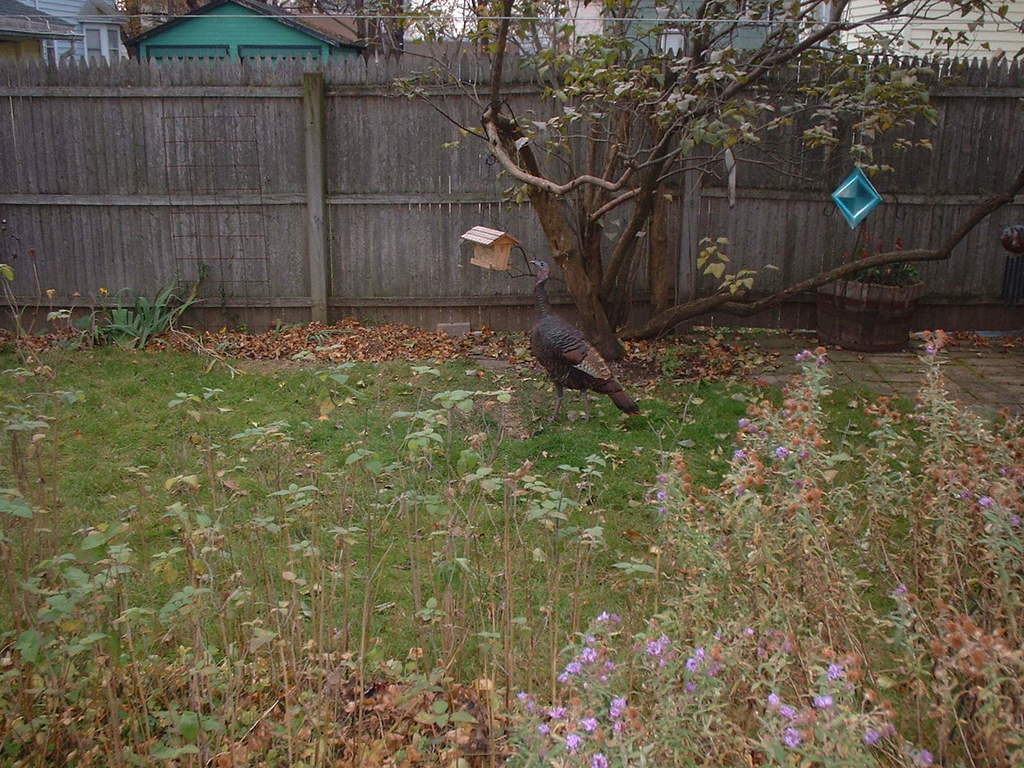 Anyone have info on Thurston at Enterprise blocked off early Sunday morning?  Police blocked road off, put up crime scene tape, in front of Thurston Bar and Grill across to former Sensuous Satiables store.  Cleared at 9:30 AM.   Crime tech unit was there, with police cars blocking road.  Also fire department, so it may have been a house issue.  No idea, as I was on my way to work and could not stop to check.  The street was closed for at least an hour prior to that.

Today is Election Day. So I need you to get out and Vote! Monroe County has a number of important races. The outcome of these races will have an impact on everyone living in Monroe County for some time. Because I am involved in crime issues, and also have restarted Court Watch in Southwest Rochester, I know that who my Supreme Court Judge, County Court Judge, and City Court Judge are, really does make a difference in my quality of life. There are times when through Court Watch we advocate for… Continue

Scheduled for this months PCIC meeting:  A representative from New York State Parole will be there speaking about sexual offenders and Parole's role monitoring them.

Reminder.  the next PCIC meeting is Wednesday November 9th, 7pm at Staybridge Suites.

Be aware that a solicitor is in the neighborhood, using some questionable practices.   He appears to be licensed to solicit, (? had ID badge) but uses someone elses RGE bill with a message on it saying they will ask the customer for more money since he has not had any meter readings.  So they were going to raise his rate.  The solicitor was implying my rate could be raised, but if I switched to his company, they would save me money.  The bill is questionable in that there is no reason the…

Anyone have info on when the Winter Farmers Market will start at the Cooperative Extension?