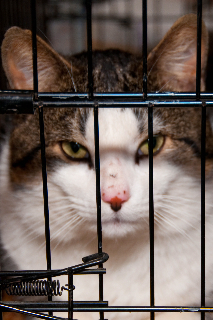 Inge Mallory replied to Judi Baker's discussion City REALLY DROPPING the ball for Toter Violations!
"The toter was finally gone when I got home from work last night ..........Wednesday. As you write Trash day is Friday and the whole cycle begins again."
Jan 31, 2013

Inge Mallory replied to Judi Baker's discussion City REALLY DROPPING the ball for Toter Violations!
"And the wind will add to the trash that flies around. Good luck Judi"
Jan 31, 2013

Inge Mallory replied to Judi Baker's discussion City REALLY DROPPING the ball for Toter Violations!
"Yeah  Judi !  B TW My next door neighbors toter is still sitting at the curb and it is now Tuesday morning."
Jan 29, 2013

Inge Mallory replied to Judi Baker's discussion City REALLY DROPPING the ball for Toter Violations!
"I see your point. Good luck with you "mission" Judi. We have to start speaking up when there is an issue. Maybe someone will eventually listen. Big changes start with small ones."
Jan 28, 2013

Inge Mallory replied to Judi Baker's discussion City REALLY DROPPING the ball for Toter Violations!
"How long can it take to walk to the curb and retrieve the toter? Thank you for sharing. I'm sure none of those owners will get the same "love note" you got. "
Jan 28, 2013

Inge Mallory replied to Judi Baker's discussion City REALLY DROPPING the ball for Toter Violations!
"OMG Judi.....How long has that trash been out at 32-34? Quite the picture."
Jan 28, 2013

Inge Mallory replied to Judi Baker's discussion City REALLY DROPPING the ball for Toter Violations!
"Thanks for posting Judi. Different rules for different areas of the PLEX/19th Ward There seem to be different rules for the type of trash set out and the times it can be set out. My next door neighbor set trash out Thursday night(pick up was…"
Jan 27, 2013

Inge Mallory replied to Margy Meath's discussion Snow plowing in the Southwest??
"Thank you Bill. I will make note of this."
Jan 1, 2013

Inge Mallory replied to Margy Meath's discussion Snow plowing in the Southwest??
"Sheldon Terrace is passable. The intersection with Stanfield  St is messy. Someone plowed snow from a driveway into the intersection. Not nice thing to do. Isn't there some regulation about pushing snow into the street?"
Dec 30, 2012

Inge Mallory replied to Margy Meath's discussion Snow plowing in the Southwest??
"There a message on the news on Thursday that due to the snow plowing recycling would be cancelled this week. My trash was not picked up until late afternoon on Saturday. "
Dec 30, 2012

Inge Mallory commented on Charlotte Giebel's blog post stray cat?
"I saw him over the weekend on Dunbar he was looking for food where I feed my outside cats. He was a little skittish though and ran when I put the food down. Thank you for caring ."
Nov 13, 2012

Inge Mallory commented on Sheri Tehan's group Lost and Found in 19
"A home for him would be so wonderful!"
Mar 22, 2012

Inge Mallory commented on Sheri Tehan's group Lost and Found in 19
"Anyone claim or identify the beautiful cat yet?"
Mar 20, 2012

Inge Mallory commented on Sheri Tehan's group Lost and Found in 19
"What great idea for a new page! Leave it to Sheri to come up with it it! :-)Thank you for seeing the need nd creating a solution."
Mar 18, 2012

Do you live in Rochester's SouthWest Quadrant?
yes

What Street (and location if not in the Quadrant)?
Sheldon Terr

How long have you lived there?
33 years

Do you rent or own?
Own

Do you plan on staying there?
yes

Tell us about yourself:
I feed feral/abandoned cats on Dunbar St and have worked with Pet Adoption Network since Spring of 2008 to spay and find homes for the cats that I found living and reproducing at an empty house on Dunbar St near Thurston Rd. So far 21 cats have been spayed and only 5 have had to be returned since they did not do well indoors.
I can across a few these cats by accident on my early morning walk and started carrying food with me and before I knew it I was feeding more than 16 cats which grew in numbers before they could all be caught and spayed. I have 4 cats of my own all are rescues two were rescues from the Dunbar Group
At the moment I have "number 21" of the group recovering from her surgery in my home in hopes of socializing her enough for adoption.

A friend, who lives in the country feeds "Bernie."  He doesn't know Bernie's sex, let alone if s/he has been spayed or neutered.  Bernie is gone for weeks on end, and then returns.  This happens even during the winter.  He eats, sleeps either inside (a room readily accessible to an outside door) and then goes on his or her merry way.  My friend is able to pet him, but he's still pretty feral.

In the sixties when I was living in a lower apartment and had a cat door, I could not keep my two kitties who had been outside/stray cats in small quarters, so the cat door served them well (I'd lock it at night when they were inside).  "Nucat" would disappear for days, not particularly concerned about my anxiety, and would turn up dry (even if it had been raining) and smelling of having been inside someone's home.  Happy and had been well fed in his absence.

I know Sarah is feral, but there is a good possibility she latched onto a person who had good food and good shelter. And indeed, she might very well return.  I certainly hope that this is the case.

You are so kind, and I know your heart is grieving.

I'm so sorry.  It's devistating, I am sure.  Is that a picture of Sarah you have posted many times on the side?  I'll certainly keep an eye out.