In advocating for local school busing in Rochester we may have New Leadership on the Horizon in the 19th Ward-Rochester, New York’s Historic Neighborhood

The Southwest Tribune ran an excellent interview of…

Help Save Adult Education in Rochester.

We are trying to turn our schools around by making them community schools which provide wrap-around services for students and families.  In many cases that means providing work skills to parents or older siblings who dropped out of school…

Your help is URGENTLY needed for our students -- THURSDAY DEADLINE

Time is running out to get the funding for school renovations, including that for School 16.    This renovation schedule all depends on the extended MCA getting passed now!

Thursday June 16 is the last day in this 2016 legislative session.

City Budget – our opportunity for input

Unfortunately, most of us missed the community forum last night regarding budget priorities.  Please take a few minutes to take the online survey.  As Mayor Warren and her budget committee try to close a $41 million gap in the budget, it is important that they hear from us regarding our priorities.  Open this link, http://www.cityofrochester.gov/budget/  which will take you to the City of Rochester budget information page,…

6 TED Talks on the power of the individual voice

I just watched these 6 TED Talks Eileen Graham and Tamara Leigh posted.  They are well worth watching.

Youth as Resources (YAR) is a community-based youth philanthropy and youth voice program.

It is funded by the Rochester-Monroe County Youth Bureau and the Rochester Area Community Foundation. The YAR Board provides…

Counterfeit scammers are on the prowl !

Be on guard for large counterfeit bills being passed.  Just received this warning from a friend:

Southwest quadrant faith communities are noted for their welcomeness, generosity and outreach to persons in real need. This open-hearted attitude makes members vulnerable to persons who exploit kindness for personal gain. Please avoid being scammed by persons seeking change for an undisclosed amount of money for seemingly legitimate needs. The…

(Wednesday, January 7, 2015) - Administrators with the Department of
Neighborhood and Business Development will host four community meetings in January to engage the general public and private stakeholders in the development of…

How can you help your neighborhood become a Greenlight District?

Currently we can have DSL with a possible download speed of 6 Mbps or cable which claims 15 to 20 Mbps depending on which of the more popular plans you have and how much traffic there is on the cable.  Upload speeds are usually much slower for both types of service.

Greenlight is a new fiber-optic service which is slowly growing in the area.  Their basic service is for a 100 Mbps download speed currently priced at $50.  They also offer a 1,000 Mbps service for $250 per month.  Time…

National Night Out Against Crime 2014

This was the 20th year southwest Rochester has participated in National Night Out.

The Coalition to Prevent Lead Poisoning (CPLP) and the Rochester Healthy Homes Partnership are pleased to announce the publication of the newly revised “Healthy Homes, Healthy Families: A Guide to Protecting your Family’s Health By Making Your Home A Safer Environment.” The full-color 32-page booklet includes practical tips for reducing environmental…

Note the "Local Calendars..." Box under the Events Box. 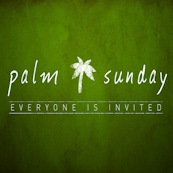 As of Tuesday Jan 7, three temporary emergency shelters have been CANCELLED

Latest news is the Emergency overnight shelters have been cancelled.  The 7 Community Centers  should be open 10 A.M. to 5 P.M.

The following City recreation and community centers will be open for regular programming from 10 a.m. to 5 p.m.:

(Friday, Dec. 27, 2013) - Mayor Thomas S. Richards today announced the results of the public vote for the "Voice of the Citizen" Budgeting for Public Safety initiative. The two-week voting period ended on Monday, Dec. 16 with a total of 840 votes cast. 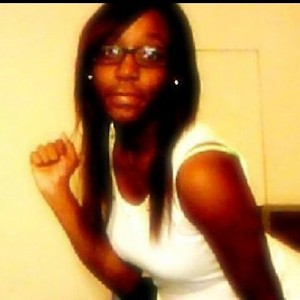 Foodlink's Curbside Market truck is coming at the YMCA on Thurston Monday mornings, 10:30-11:15am

Just heard from Cheryl Bertou:  Foodlink's Curbside Market truck will be selling fresh produce at the YMCA on Thurston Monday mornings, 10:30-11:15am, July through September! As you may know, School 16 on Post Avenue was closed last summer for renovation, with parents and staff told that the school would be temporarily relocated to the Freddie Thomas Building in Northeast Rochester.

Since that time, School…
Continue