Cleaning up the Trash on the Street

Now that the weather is warming up, and the snow is melting, all the winter trash that was hidden is coming out. I know that there is going to be trash just about everywhere this time of year, but I am tired of the trash that is being dumped and thrown along many of our "commercial areas" such as Brooks, Thurston, Arnett and Genesee Streets.

Many of you know about, or have heard about the Broken Window theory. Where as neighborhoods that are left to decline, and become graffiti and liter strewn, are more likely to be the areas of higher crime. I love the idea of the community coming together and doing street clean ups, but I also believe that the city needs to enforce and hold people accountable for dumping garbage on the streets.

Below I am posting a place where you can submit a complaint to the city via the web. If enough of us continue to speak up, maybe they will listen. As though a little garbage on the street may seem insignificant, it is just one of many factors that subconsciously tell people that "no one is in charge here" and "I can do what I want, no one will know who did it". So please give our Neighborhood Service Center a call, and/or fill out the online complaint form. The squeaky wheel gets the oil, and boy can me use some oil!

From the City of Rochester Website
Can my neighbor have loose garbage on their property?
No, section 305 of the Property Maintenance Code of New York State states as follows:
§PM305.1 Accumulation of rubbish or garbage. All exterior property and premises, and the interior of every structure, shall be free from any accumulation of rubbish or garbage.

Comment by Mark Sweetland on March 7, 2009 at 1:13am
So, now that snow is melting, what is the City going to do? Clean the streets? We went out in front of our house with a rake to clean along the curb, as the sewers were so clogged.

Comment by Mark Sweetland on February 24, 2009 at 8:43pm
There is also a City code about leaving garbage bins out in the street in case nobody noticed. They cannot be placed out until the afternoon until garbage pickup, and they must then be removed to the back of the house after pickup. Unfortunately a lot of the litter being blown around due to high winds lately is due to lack of notice of this city code. I keep my garbage in the garage and do not take it out until it is ready to be collected.

Comment by Margy Meath on February 24, 2009 at 9:28am
Thanks for the update Shawn! This is good news. I do think continued pressure re: Thurston is important. It's very easy to either ignore it, accept it or simply stop driving on Thurston so as to not be bothered by it. While i would MUCH rather just never drive on Thurston I make it a point to travel on it a lot as it keeps me in touch with what is (or is not) happening there. I KNOW that it can look better - it's obvious that the attention received by Brooks Landing has made a positive impact on Genesee Street and Brooks and Plymouth. Thurston needs similar attention and it needs it NOW. It also needs sustained effort.
In last week's meeting of the SW Common Council, Adam McFadden mentioned something about resources to rehab store fronts..... I've not heard anything more about that initiative, but hope that we're going to get more than nice store fronts. That intervention has been utilized before on Chili and parts of Thurston and it didn't seem to have a lasting impact. Additionally, we're still STUCK with the ugly green paint courtesy of the 'here and gone in a flash' Cricket stores!

Comment by Shawn on February 23, 2009 at 10:48pm
Your calls and emails helped! Below is the response I got back from the City. Great job everyone, lets keep it up.
-Shawn

Thank you for expressing your concerns regarding the trash and debri on Thurston Road. As you will see from the attached note, we did survey the area and share your concerns. I did place some toter notices at some of the properties. Also I have called some of the property owners and requested they clean the yards, I will contine to call and, as appropriate, issue formal notices. Again, we thank you for your attention to this matter

I surveyed Thurston Road/Gardnier for T/B. There were a few properties that had some trash bags out (not in toters) placed at the curb. Also, due to this time of year (melting snow) the street does need a good cleaning. There were several yards and sidewalk areas that have pieces of paper and other debri scattered about. There is alot of debri where the street bumps against the curb (I believe this would bw cleaned by the street sweeper.

When I am at work and as I am able to (when the areas can be seen, and not snow covered) I will visit the affected properties in my area and ask them to clean up (and as necessary cite T/B violations) Maybe we can develop a flyer to distribute that addresses this issue. Let me know if you have additional questions.

Comment by Wendy Sullivan on February 14, 2009 at 5:57pm
We regularly clean up around our corner of Woodbine & Brooks which has several rental properties. my husband uses his daily dog walks to pick up stuff. While it's good to be able to log complaints for big problems, we can all be part of the solution during these windy deary days of winter to spring transition. Those metal poop scoopers are perfect for picking up trash!

Comment by Sheri Tehan on February 14, 2009 at 11:21am
We will have to go out this spring and see if these locations are any better. I complained about all of them last year.

Comment by Anthony Fasolo on February 14, 2009 at 3:21am
OMG that must be some kind of health or codes violation. 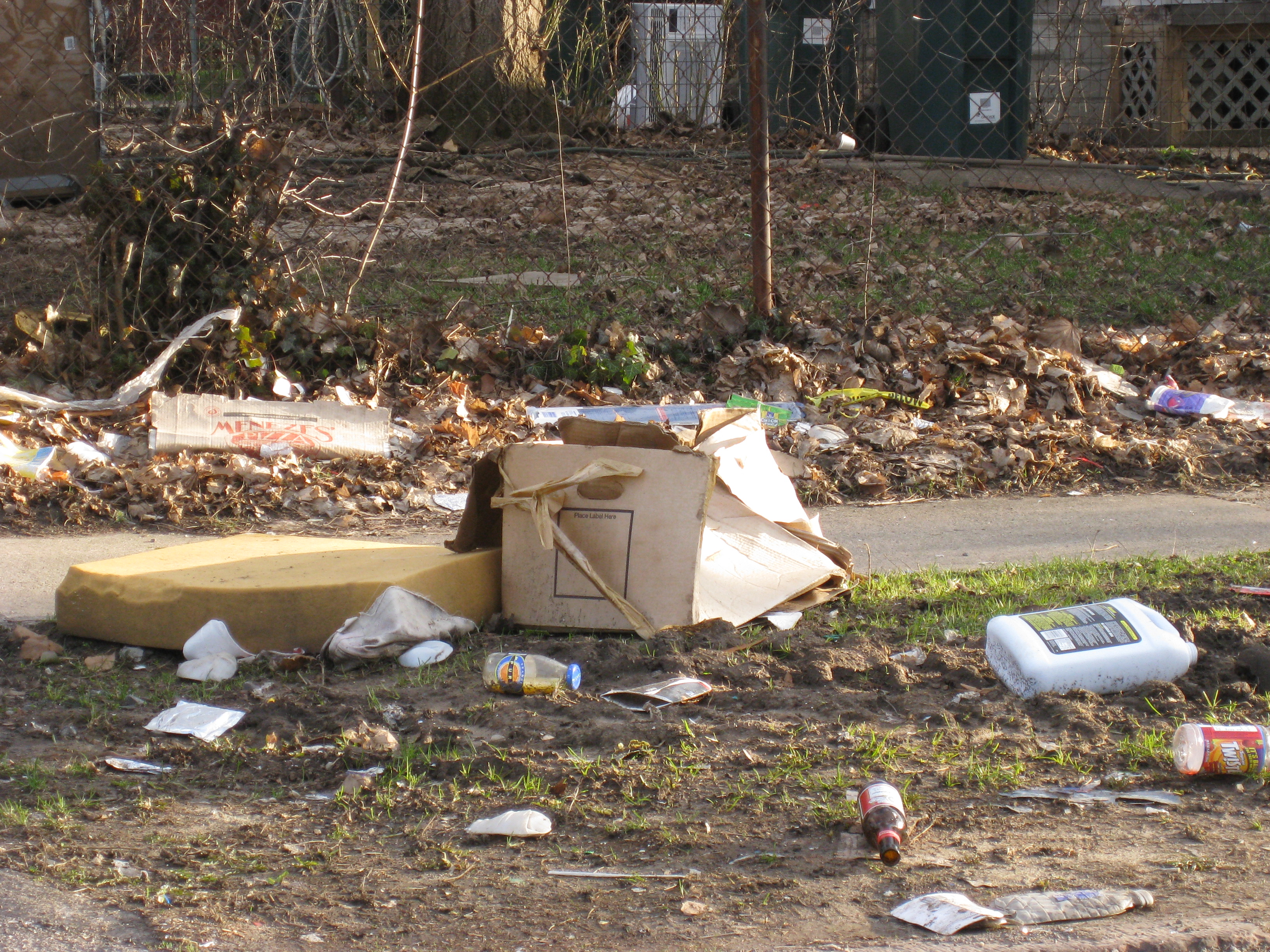 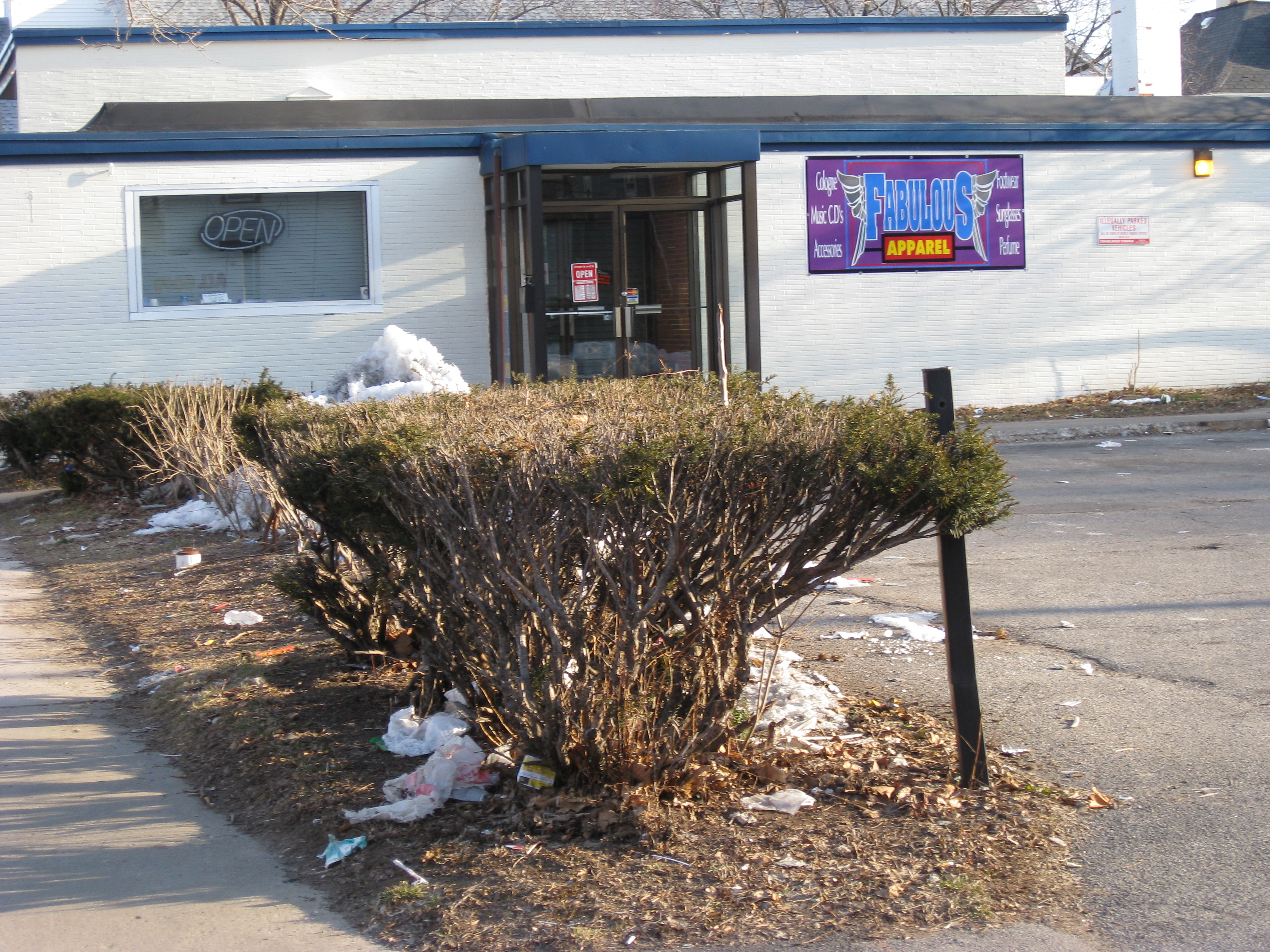 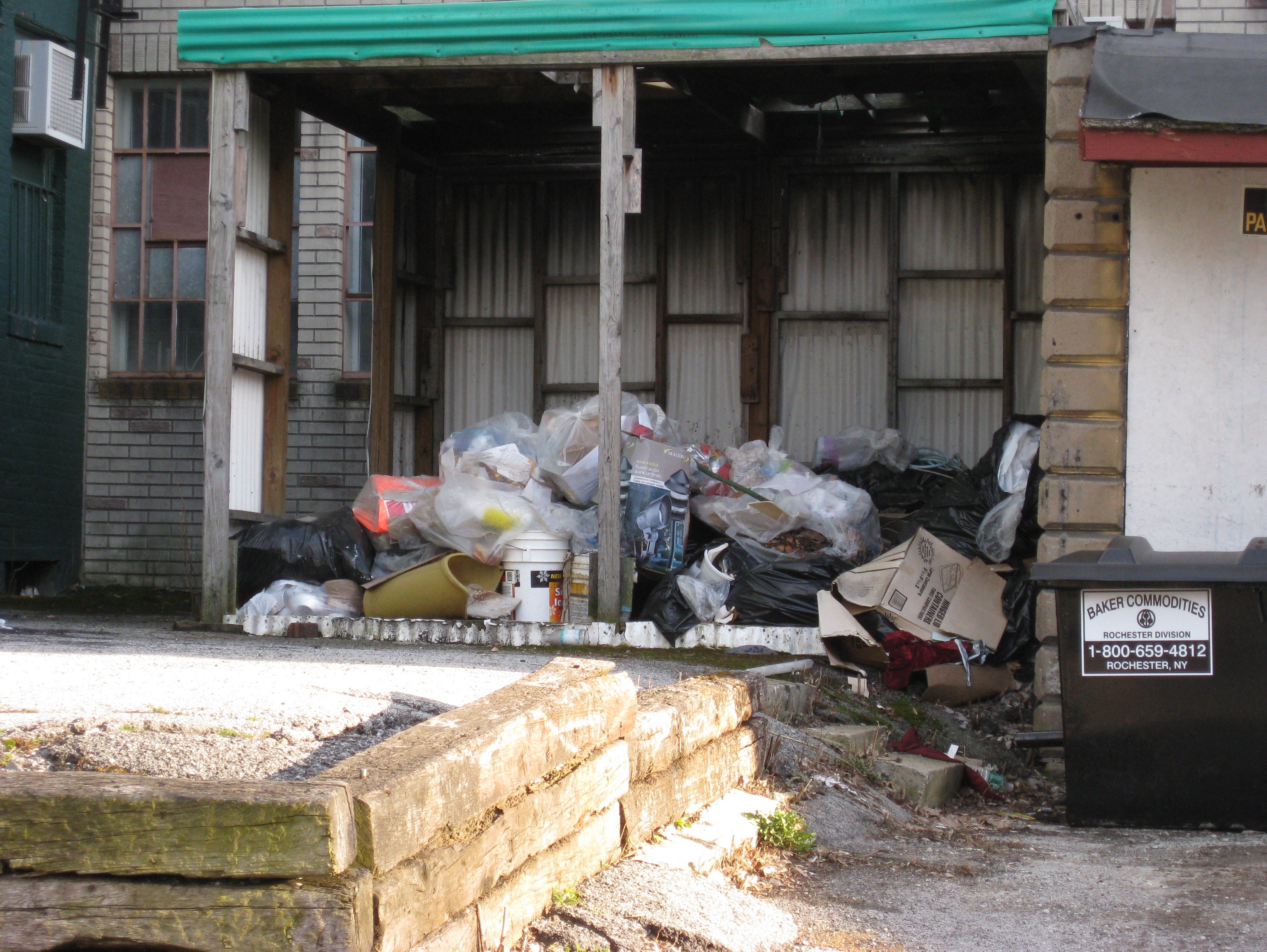 Comment by Sheri Tehan on February 13, 2009 at 10:02pm
I just noticed if you click on that line in three different spots you will see the three different pics. I'm not sure what I should have done to have them "separate." Anyhow, I agree it is about respect. I frequently will say "That belongs in a garbage can" when I see people litter. It's gotten me into trouble a couple of times but most times people (mostly young people) have picked it up believe it or not. And then I say something like, "Thanks, I hate to see trash all over where I live." By the way, I did fill out the online complaint form. I've complained about garbage before and I'll keep it up. Looking forward to the day it is no longer necessary! :)