... and a time for every purpose under heaven.

So says the writer of Ecclesiastes. And that implies that seasons both begin and end. At 4pm on Christmas Eve, our "season" at The Arnett must come to an end. But even as the end of one season ushers in the beginning a new one, so it is for Kingdom Ventures. We're not by any stretch going out of business, but expanding our web presence and looking for 2010 to be a bigger year than any we've had so far.

As we bring things to a… Continue

From Crime Prevention Officer Kristin Runyon: We have had burglaries surrounding Brooks Ave area. Mostly contained by Spruce to Ellicott, Thurston to Millbanks. There were seven daytime burglaries in the last two weeks. Most have been forced entry so there should be some noise. Some had two suspects, some mentioned a small white car possibly involved.

Please be extra vigilant and watch out for neighbors. Call in anyone and anything suspicious to 911.

Make sure "stay at… Continue

Day 20: Our Christmas Present to all of you

On December 23rd, we offer our Christmas present to all of you - 10% off virtually EVERY product in the store! (The only exceptions are the clearance items in our "odds & ends" room.)

Merry Christmas to all of you from Kingdom Ventures! 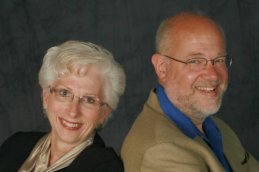 (Rebecca tells me I've been rushing the season because I skipped Day 16! Now we're back on track!!)

Tuesday's special is 10% off on all remaining Table Runners from Thailand. We have a number of styles in both cotton and silk. 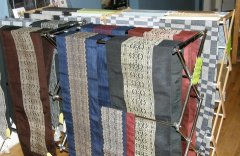 Today all our Cambodian "throw cushions" are 10% off 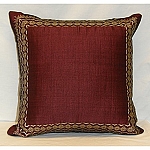 (OK, so I DID miss seeing "Jersey Boys" when it was in town!)

But to celebrate the season, on Saturday Dec 19th we're offering 10% off our fabulous "Carrie" scarf bags in seven different color combinations. "Carrie" is made from a handwoven cotton scarf and benefits both the women in the Cambodian villages who do the weaving for us, as well as the women in Phnom Penh who create the bag out of the scarf. And to remind you of both groups benefiting from your… Continue

Just like the famous confection, you simply can't get enough of them! ALL our Turkish products are 10% off on December 18th!… 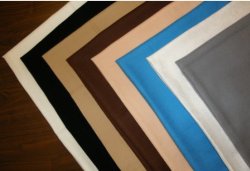 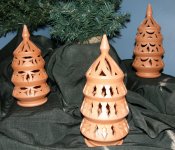 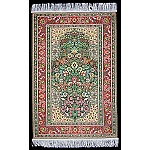 Giraffes, Rhinos, Gazelles, Lions! A whole safari's worth of animals are on special on Thursday, December 17th! 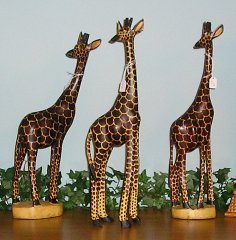 Help for the Sullivans

*Just a note -- Patricia Hagerman has donated a laptop for the Sullivans to use at the hospital, so we can strike that from the list. Thanks, Patricia!*

Ann Marshall, Heather Adams, Mary Ann Brody and Lisa Norwood have worked out a plan for food delivery for the Sullivan family -- see below....
Dear friends, neighbors, and colleagues,

For those of you who are preparing meals for the Sullivans, we wanted to offer one way to do this. If you'd like, we are encouraging… Continue

Yes, it IS true that Kingdom Ventures @ The Arnett is closing its doors on Christmas Eve. See Shawn's discussion (and our letter to the community) by clicking here. But we're NOT going out of business and we're NOT leaving Rochester! And we're STILL offering holiday specials every day until then.

Now that the "formalities" are out of the way... On December 16th, all remaining Kenyan… Continue

Thoughts and Prayers for Bill Sullivan

From the 19th Ward Community Association:

"Hello friends,
As many of you already know, Bill Sullivan (son of Barb & Bill, husband to Juliet and father to daughters Molly & Josie) suffered a massive hemorrhage in his brain early yesterday morning. He has survived surgery to relieve the pressure and this morning has shown a couple of small but encouraging signs of responsiveness. His condition is still quite grave, however, and the family would like their friends and… Continue

Who says recycling can't be fun! Obviously NOT someone who's seen our fun, funky, and colorful recycled bags!

And in celebration of the 13th Shopping Day, on December 15th we giving 10% off on ALL of our recycled bags from Cambodia!… 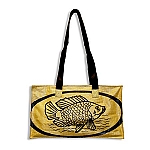 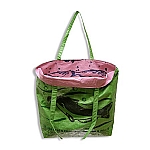 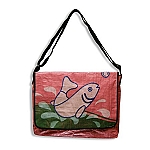 For December 14th (Day 12) we're featuring 10% off all of our Honduran jewelry. Not only the SeaGlass, but our Dreamcatcher earrings, and Angel Pins are beautiful and affordably priced. 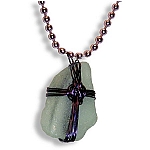 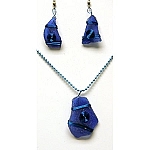 For December 12th (the mid-point of our "21 Shopping Days"), we're featuring 10% off all of our Kenyan jewelry. That's right, whether it's Simon's glass bead jewelry, Sospeter's horn creations, or Eunice's "marbled" clay beads, it's all 10% off… 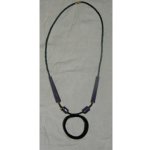 If you've never seen soapstone, you're in for a real treat.

It LOOKS like pottery, but it's really STONE. Soapstone is an incredibly fine-grained mineral that is easily carved and shaped. It is easily decorated and polished to a high sheen.

The Arnett Library is looking for a Tree! TREE(s) FOUND :)

UPDATE!
Thanks, Everyone!
Ask for a tree and, within an hour, you have offers of 2 artificial and one real tree. You have to love the 19th Ward! The Library is now well treed. Thank you to our generous neighbors!
Deb Leary

The Arnett Branch Library’s Christmas tree was destroyed in a basement flood last spring. The kids really look forward to decorating, and I was wondering if anyone has a tree languishing in their attic that they aren’t using. It would have a… Continue

Well, the heat's back on at The Arnett, so KVI WILL be open on Thursday! To celebrate (and so that you don't miss any opportunities), we're doubling up on our special for Thursday.

Not only can you get 10% off that "little black bag" that is an essential in every woman's wardrobe...

...you can also get ANY of our wonderfully practical totes on sale as well!…

I have begun another blog about my ongoing experience with the Tarot and related topics. If you have and interest in the same, please stop by for a visit! I would love you're input!

Baby it's cold outside...

Unfortunately, Kingdom Ventures @ The Arnett will be closed (again) on December 9th because we're waiting on parts for the furnace. Never fear, we'll still run ALL our specials once we get open again. Keep an eye here because Dec 8th's special was 10% off ALL our totes and Dec 9th's was to be on our remaining stock of soapstone. We WILL offer those specials along with Dec 10th's (all our "Basic Black"… Continue

Lest we Forget: Love Builds Community is the theme for the community wide celebration of Kwanzaa 2009. Kwanzaa is the African American cultural holiday that is celebrated from December 26 –January 1.This year the Rochester Kwanzaa Coalition will honor 6 community members who exemplify the theme of love builds community. One community member… Continue